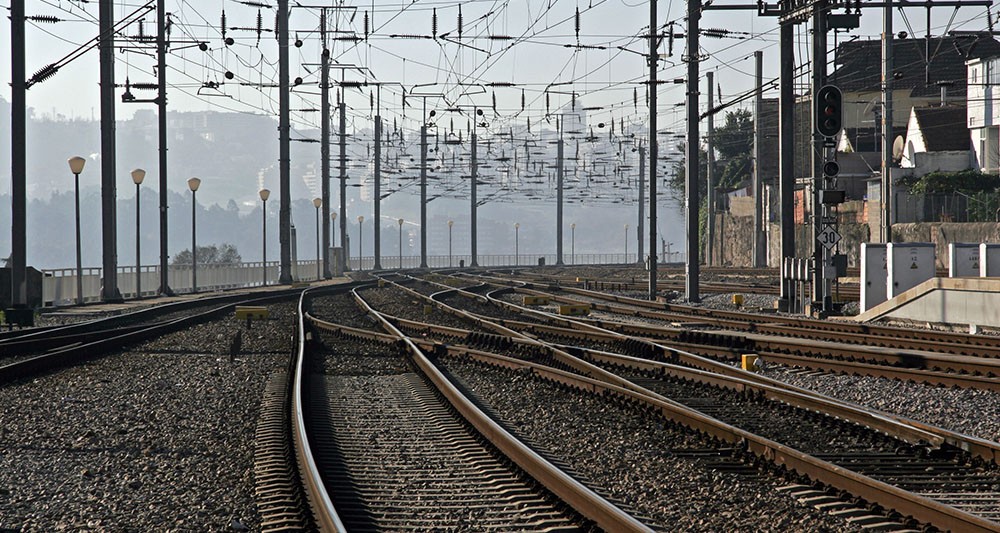 12 Feb Composite on the way

As a long-standing specialist in railways and rolling stock, SMEs rely on innovation to diversify into infrastructure and other industrial sectors: aeronautics, defence, etc.

A kind of giant coat rack several meters long. Armament, the structure that supports the weight of the catenary along a railway track, is traditionally made from metal tubes. In the future, it could be replaced by a monobloc part made of composite material. A first in the railway world, which validates the strategy based on the innovation of Stratiforme, the SME that produces the part. The SNCF has equipped a few kilometres of commercial railway track to validate the principle after having tested it in a laboratory and then on a test track… Manufactured in one piece, the part is universal and adapts to all installation configurations – whether it is a straight or curved section. The result is shorter assembly time, easier maintenance and, for SNCF, dealing with an ageing network and shorter immobilised tracks. “This is an important contract for us, rolling stock specialists, who are finding a new outlet in the infrastructure sector. It is likely to ensure us a turnover over several years,” says Guy Leblon, founder and CEO of Stratiforme. And the first kilometres of track could be equipped by early next year.

The Composite Materials Catenary Armament (ACMC) project was launched by SNCF and then carried out as part of the I-Trans competitiveness cluster. “The challenge was to design a part and manufacturing process compatible with the large series: competitive in terms of cost and repeatable,” summarizes Guy Leblon. Stratiforme produces all kinds of composite parts: driver’s cabs for high-speed trains, toilet modules, interior cladding for bar cars and certain structural parts. And a new tram floor, almost exclusively made of carbon fibres, is under study. Composite has the advantage of lightness but also versatility, depending on the ingredients used: smoke and fire resistance, electrical, acoustic or thermal insulation…

Target of a 20% increase in turnover

Stratiforme, which, with a turnover of 25 million euros, generates more than 90% of its business in the rail sector, has the ambition to go further in diversification. “The railways are very conservative and the time to market is very long. It can be seen that the composite, which weighs only 3% to 5% of a vehicle’s mass, is progressing only slowly. On the other hand, other sectors are very interested in innovation, such as aeronautics or defence,” explains Guy Leblon. The strategy consists in relying on its capacity for innovation, supported by an investment of 3% of turnover and an R&D team of 25 people recently formed as a “business unit”. The SME has already signed contracts but remains discreet on its new customers, particularly in the aeronautics and defence sectors. The company’s objective, which has two sites in France and one in Poland and Morocco, has already been set: to achieve at least 20% of its turnover outside the rail sector by 2020.